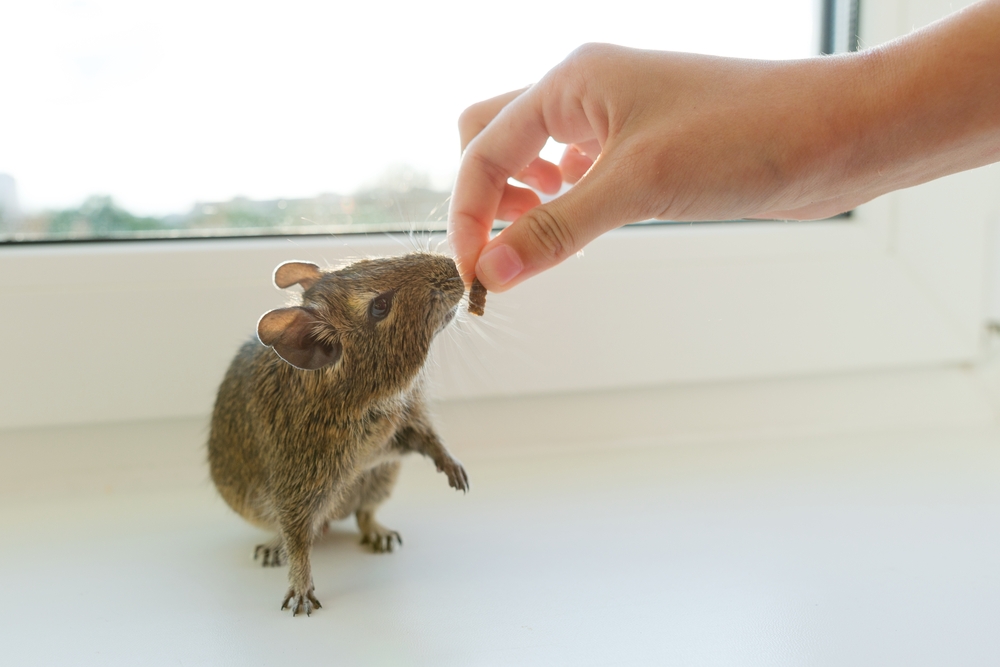 My pet chinchillas have always been a source of joy to me. I have loved them for many years now. They are so adorable and I always enjoy watching them play, eat, and even sleep with each other. Chinchillas make a variety of sounds depending on what they are doing or what kind of mood they are in at that time.

The most common sound that my chinchillas make is the one that they make when they feel threatened or scared, which is a high-pitched scream followed by a skidding noise as they quickly try to escape the danger zone. I’m going to take a look at some of their common sounds and what they mean.

Chinchilla Sounds And What They Mean

Generally, chinchillas are known to be quiet animals. However, these animals do have a range of their unique voices and sounds they apply while in communication with one another or while expressing their feelings like simple contentment, anger, or fear. For a neophyte chinchilla owner, these different sounds can be overwhelming and confusing, and it can at times be stressful to recognize what your chinchilla might be trying to communicate.

With the increasing popularity in the rearing of chinchillas as pets in the world, many people are likely to get lost in their sounds. Among the things you ought to know before you have bought a chinchilla for petting is the meaning of the sounds these animals produce. Failure to have adequate knowledge of these sounds poses you at the risk of misinterpreting your chinchilla’s sound and therefore making the wrong decisions.

While many people find the taming of chinchillas a hard task because of their endless sounds, you can easily learn the differences in the sounds through YouTube tutorials and articles on the same. However, your source of information ought to be reliable to avoid tapping the wrong information which will mislead you after you have heard the voices made by your chinchillas at different periods.

After you are well versed with most of the noises your pets might make, attending to their needs become more simplified. However, you are encouraged to study the body language of the chinchillas just in case they might have a different meaning to the voices they might be making.

To help you take care of the animals and also cater to their need, as a chinchilla owner, you are supposed to be well versed with the different sounds made by your chinchilla and for what reasons the animals make these sounds. You will easily tell when the animals are unhappy or hurt or when they are comfortable and content just by being able to tell the differences in the sounds they make.

In this article, we will assist you in interpreting the different sounds a chinchilla makes so you can get to know your chinchilla better. A low, gentle, irregular sound that is characterized by high-pitched squeaking is an indication that all is right in your chinchilla’s world. This sound is used as a sign to other chinchillas and to the owners to send a message that they are content and happy and that everything is safe and sound.

Similar to the gentle squeaking but with more continuous and agent sounding, this is used as a sign the animals produce once they are excited. This sound could be as a result of a chinchilla seeing another familiar chinchilla, being fed, or even seeing its owner. Though the chinchillas use this sound to express extreme excitement or happiness, these animals also make this sound when they are in distress.

Therefore, you are advised to keenly check your chinchilla to understand the context when you have heard them squeak in this manner.

A chinchilla usually barks in an urgent, rhythmic sound similar to a duck quacking. Chinchillas bark to warn other chinchillas of danger or a predator or probably as a stern warning between the males. The male chinchillas will often make similar sounds while they are in a fight.

The grinding of teeth in a chinchilla is an indication of a content and happy animal. Chinchillas will grind their teeth when they feel safe and happy, more often when the animals are being cuddled or eating a tasty meal.

This sound is loud and high-pitched. It is similar to squeaking but far more urgent sounding. Chinchillas will always scream loud when they are in great distress, pain or when they are afraid. To produce these screams, your chinchilla might have heard a loud noise, injured themselves, or seen something that they view as a potential predator. You are recommended to check on your chinchillas immediately after you have heard this sound from their kennels.

Spitting is characterized by some sudden coughing noise or sharp spitting also referred to as kacking. By sounding this, it means that the chinchilla is either in defense mode or angry, and you should keep off. Once the chinchillas have spent some time alone and have cooled down, they will be fine, but if the behavior is consistent, the chinchillas might be experiencing something else wrong.

The rapid chattering of teeth in chinchillas is usually another sign of self-defence or anger and a stern warning to stay away from them. However, this might not always be the case. Some of the chinchillas will always chatter their teeth when they are content and happy. The context is important in figuring out the reason why your chinchilla might be chattering, and you will easily tell from your chinchilla’s body language whether they are content or angry.

When two chinchillas are fighting, they make a sound similar to barking. However, this sound is more urgent sounding and frantic. These barking will also be more irregular and differ in volume and rhythm. Once you hear it, you will know that a fight is going down between your chinchillas. The fight might be a squabble over a female, food, or territory. To do away with the fight, you will probably need to separate the male chinchillas into different enclosures.

Whenever a chinchilla pet has heard or seen something that is unusual and is not aware of what it might be, it responds using a sequence of loud and short warning calls, which go up to 15 at a time. The typical warning call sounds can be confused for barking and is used to alert the entire group f the pending danger.

A newly bought chinchilla often uses these sounds because of the unfamiliarity with the environment and the presence of a lot of strange noises where its cage is. However, after the chinchilla is used to its new home and gradually becomes a tame animal, the sounds it was formerly producing will become less and less often.

Chinchillas are known to have very sensitive heading. For instance, the shutting of a car door somewhere from a far distance will be unnoticeable by us humans because we are used to that all the time. However, a chinchilla will be fearful because it has not been used to hearing such sounds and they are new to them.

A chinchilla will always try and run away as fast as possible if it gets shocked because of a sudden noise. Additionally, the chinchilla shouts in feat by the use of a short call which at times sounds very funny.

The defense sound a chinchilla makes is very short and forceful. This sound means something like “ouch!” When the babies are too demanding, a sucking mother will often make this sound to warn the kids. The sound indicates missing affection and captivity in the chinchilla farms where there are very shy chinchillas that tend to make the sound when human beings come close to their cages.

Despite chinchillas being known as quiet animals, these pets are capable of very many dissimilar vocalizations. To help a great deal in the care of your chinchilla pets, you are advised to get to know these different soundings. The more you will spend more time around your chinchillas, the better you will become at assessing their different sounds.

It is wise to recall that almost every chinchilla sound has a particular context, and you, their owner will identify best what the animals might be needing when they produce these sounds. Though most of the chinchilla sounds can be learned easily through thorough research, it is important to spend adequate time with your chinchillas to know how to interpret these sounds.

At times, the sounds and meanings a chinchilla would like to communicate differ from one animal to another and the best thing you can do is to know your chinchilla’s personal sounds. Chinchillas might make other sounds while they are communicating among themselves and the body language they are using might be a good indicator of what they really want to express.